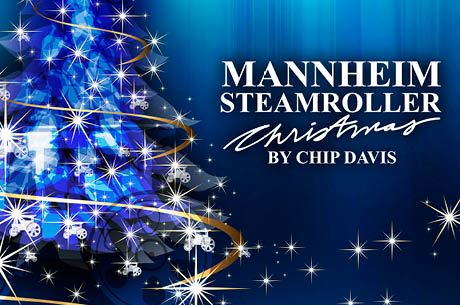 Chip Davis, founder and creator of Mannheim Steamroller, will celebrate over 35 Years of his annual Christmas concert tour, making it the longest running concert tour in the entertainment industry!

Davis founded his own record label, American Gramaphone, which went on to become one of the industry’s largest independent record labels. A Grammy Award winner, Mannheim Steamroller has sold more than 41 million albums, with over 31.5 million in the Christmas genre.  Their holiday CD’s have become synonymous with Christmas and occupy top positions on Billboard’s Seasonal Chart every year.

This year’s show will feature classic Christmas hits from the Mannheim Steamroller holiday albums along with multimedia effects in an intimate setting.  Davis will direct and co-produce Tour performances with MagicSpace Entertainment.